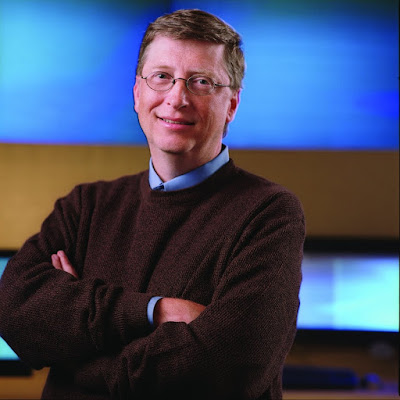 Starting today every Wednesday we will publish a new column, El Quijote del GED Corner. An educational collaboration by Profesor Martin Danenberg, who will be writing about the importance of getting involved in our schools and guidance to get more people to obtain their High School Diploma equivalency. Compartiendo Mi opinión

Here is a real or hypothetical situation for you, depending upon your situation. You have a relative who has just arrived from another country and that relative did not finish high school. Should that person earn a GED after three days by taking the test and passing it or should that very sam 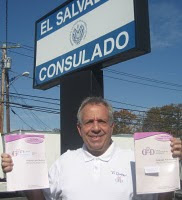 I say it this way, because a lot of people think that the GED programs are helping a majority of the people and the truth is only about 1 of every 100 earns a GED in a year.

Here is another point. The study that Bill Gates paid for that has influenced people across the country tells us that people who earn a GED do not do much better than people who have not earned the diploma. In other words there is no difference. Of course there are lots of high school graduates that fall into this category and some college graduates who find it hard to get work.

Somebody has to be on the bottom and you would not expect people who have medical, accounting, or engineering degrees to be on the bottom. Would you? Do you really think that Bill Gates made a great decision in funding that report? Doesn't common sense tell you that people on welfare for decades have to be near the bottom and so are jobless people who do not ask for welfare. They are followed by all of the above, but obviously GED graduates and high school graduates are in the same category if they cannot find work. People need diplomas to find many jobs that used to be taken just by doing well on an interview (the GED or high school diploma is required).

You have heard commercials about how great businesses are for delivering things on time and beating the competition. Here is news about a new interagency program that is years behind and now Mayor Bloomberg wants to appoint someone that he says has business qualification to the post of chancellor. In New York City, baseball player Jose Reyes of the Mets is working with the city and Old Navy to cut down on the high absenteeism of students in elementary and intermediate school.

I am sure that are some in the Dominican community (and you are hearing this from "El Rey" del GED) who could have benefitted from this event, from this wonderful outreach. In other words, the agencies involved do not have the right plan of action. No person should be left behind.

The whole problem in the schools has to be looked at as an intergenerational problem and even in the book about Geoffrey Canada there was a parent that did not get the right help to earn his GED. Go read the book carefully. I have been writing about helping the youth in the elementary and intermediate schools for years.

This new effort, put together in June of 2011, arrives too late to please me. I have been writing about the Generation of Sports and Education much longer and that is what is needed now. My call to help the Dominican Republic, where narco-trafficking is hurting communities all over the nation, is through the giant first step of initiating the Generation of Sports and Education or Generación de Educación Y Deportes.

Michael Savage's book has a small section on education. There is a bit on Jaime Escalante. He proved he could teach AP Calculus, but even in Escalante's biography it was revealed that he kicked students out of class and ended up with the ones who wanted to be there. That is always an easy way to succeed.

Mr. Savage and his listeners should realize that if you kick everyone out of class and teach the ones you want to teach only, you do not need vouchers or charter schools at all. Based on that alone , I can understand why lots of teachers who could not kick students out of class (union and non-union teachers alike) would be upset with Jaime Escalante, even though he taught 35 or more students in his classes. The amazing thing to me about this American story is the impact.

Escalante became famous and I enjoyed the movie, but i t seems to me that Escalante could have set up Jaime Escalante Centers all over our nation to improve the math skills of American students. It did not happen then and it really is not happening now (according to test results and reports about our youth lacking basic skills). Something is wrong in this country and Michael Savage and his book are not fixing it.
Another thing Savage writes about in his book. Costs for college in Pennsylvania went up 200 times and in Oklahoma 2,000 percent. Traditionally conservatives (including talk show hosts are blaming things on unions).

I know that when I entered teaching in the late 1960's (close to his starting point for the escalation in those places) the salary was $6,200. In May of 2008, the starting salary was below $46,000 which is less than eight times what it was when I started (the maximum for a starting teacher with more education was under $58,000 (which is less than ten times the increase).

I do not know the costs in New York City for Michael Savage's point, but it seems to me that the unions are not to blame for such great increases in Pennsylvania and Oklahoma. Maybe people should take a hard look at what is going on around our country and not listen so much to conservatives who are misleading our nation.

Let us look at radio talk show hosts and see how much their salaries went up in the same time period. And with the demand for workers to take less money in this terrible recession, would it not be appropriate for Michael Savage and others to do the same?

Here is Glenn Beck writing about fugitive illegal immigrants in his book. There are over 500,000 of those fugitives, he states, according to Fox News. Using the miniscule percentage of .001 of those who may be really dangerous and then mentioning if there were only 5 who were terrorists among those, he points out that his passion would run high to totally eliminate those 5 people from threatening America.

Now how about the radio talk show hosts who are against the use of the latest technology and against the TSA for touching people (you know where), because they believe in freedom and they are placing the blame on an administration that is against freedom and against fighting terrorism. You can see here the huge inconsistency of radio talk show hosts. The more they say, the more they may prove their point but they may also get into more trouble with their guiding principles.

It is one thing to defend our freedom by doing all we can do to protect it, but it seems that radio talk hosts who do that and then deny us that right to be defended by opposing groping are contradicting themselves. I have to be groped and I do not like it, but five minutes later I do not think about it at all as I prepare for my flight.